So here we have listed more than 200 programs with its output and step by step explanation. You can learn here, from simplest C programs to shutdown your computer using C program.

But before going through all those programs. Let's first take a look at some of the interesting programs given here. I'm sure that, after having a look at the output of these programs listed here, your interest in programming gets increased. Don't be panic while looking at the code (the code, you are not getting an idea that what is going inside). Because you will learn more than you think about C programming over here.

I'm sure that, after learning all the programs (starts from next page), you will be able to understand the programs given below and can also modify these with yourself. And may be you can create some programs that are beyond my thinking.

And I'm also sure, you can create a lot of programs that are not listed here. But before going to the demo programs listed in this article. Let's have a look at some popular programs available in C language:

As I've already told at the early of this article, after having a look at the output of these programs, you will get more interest to learn C. Let's get started with one of the simplest program available in C.

Following is the simplest C program which will print "Hello Compiler, I am C" on the screen :

This program was build and run under Code::Blocks IDE. Here is the output produced by this program:

Here is the second program, where user allows to enter any input.

Here is the sample run of previous (above) program:

This is password protected program. That is, user allows to create a password and then to enter the same to see the result. 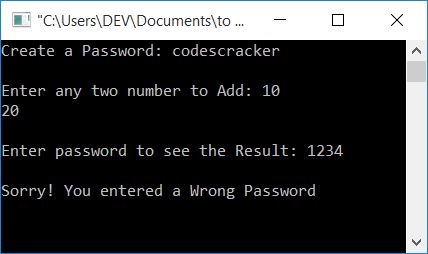 This is second one, if user enters correct password: 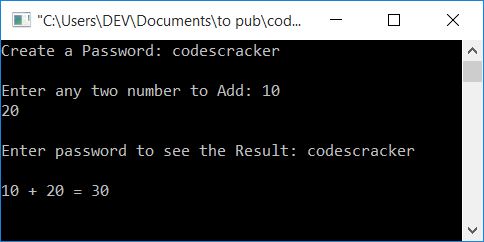 This program receives a string input from user and compares the string with yes to print the message according to the input. Don't worry, you'll get to learn each and every thing one by one, starting from next page.

This is the first output:

If you are here, then you are interested to learn programming. So I'm sure that you're a programmer, then why you entered No. Try to go for yes. This is second output:

Here is another program in C that checks with invited members and prints whether the current user is invited or not based on user input.

The sample run of the above C program in both cases is shown here. This is first output:

This is second one:

This is the last demo program. That is, from next page, you will see programs with its output and step by step explanation of the code.

The snapshot given below is its sample run: 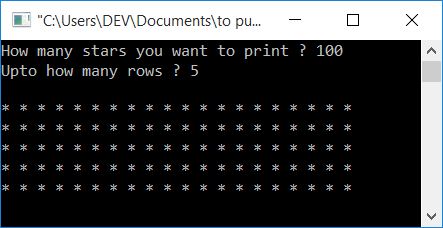 This is the second sample run:

Now from next, you will get started to enter into C programming world, from very basic program to an advance level. Step by step explanation of all the programs are given.